How ConnectWise has helped ANP streamline and improve revenue 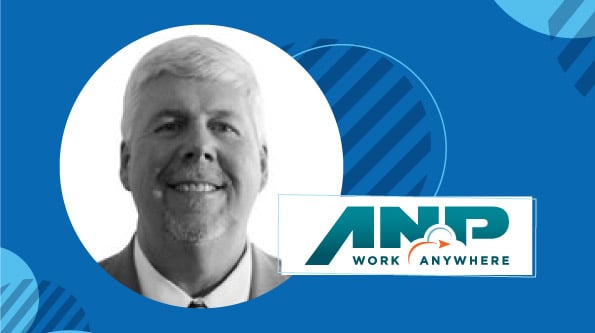 ANP, or Advanced Network Products, got its start as an IT support provider in 1984. 37 years later, they have evolved their business to meet the needs of today’s clients. David S. Mulvey, founder and CEO, has been serving small businesses in the Greater Philadelphia area with IT solutions, support, networking and consulting services.

In 1997, Mulvey found that his business was in a period of growth, but with no proper ticketing system in place, they were operating in a constant state of chaos. Seeing an opportunity for ANP to branch out to small businesses and desktop servers, Mulvey hired several desktop and server experts who recommended using ConnectWise as an upgraded, professional ticketing system.

“There was no question that ConnectWise had already taken hold in the industry with the people I was bumping into,” said Mulvey.

The many advantages of using ConnectWise

The reason Mulvey has stuck with ConnectWise is because it is a totally integrated stack of tools, where all the APIs work really tightly together. The alternative is to work with a bunch of disparate tools and try hard to make them talk to each other.

Additionally, Mulvey has appreciated the ability for ConnectWise tools to be useful and valuable from day one, given the minimal implementation time they require.

But, most noteworthy of all, is the revenue gain that ANP has been able to generate.

“It was unbelievable how quickly I was able to cost-justify the purchase and recover so much revenue that before was just falling to the floor,” says Mulvey.

From chaos to controlled growth

Over the years, Mulvey has attended IT Nation events as a partner and as a panelist and often uses his own story as advice for others.

“[ConnectWise] lets us control every service process, lets us define it, recognize when there’s a problem, tweak it, optimize it, and we’ve done that with everything we do here from a service delivery perspective,” says Mulvey.

To his peers in the industry, he implores them not to focus on the cost of implementing ConnectWise, but instead to ask what it will cost them if they don’t make an investment. He tells his peers they have an opportunity to recoup lost revenue, scale in an organized way, and gain visibility into the KPIs that move an organization forward.

“If ANP hadn’t made the investment, we’d be a third of the size,” says Mulvey. “We’d still be kind of fumbling around. It allowed us to instantly scale.”