<< Back to All Partner Success Stories

More Than Just Automation: Why This Company Switched to ConnectWise for the Integrations—and Never Looked Back 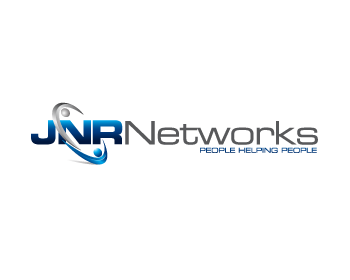 JNR Networks is a Tucson, AZ-based managed service provider (MSP) that understands the value IT and technology bring to a business. Among the ongoing managed services and technology solutions, such as cloud infrastructure, backup, and technical support, JNR Networks provides business consulting services that go beyond the usual IT infrastructure. With an understanding of how their clients’ businesses function across departments, JNR Networks can design, implement, and support IT solutions to meet the business, not just IT, needs of customers.   This focus on how technology impacts business has been a part of how James Riley, CEO of JNR Networks, has seen his role in the industry since he started working in IT at the age of fifteen. “I really focused on growing my technical skillset as much as I could,” James says, “but also focused heavily on learning about business in general. I always looked and said, ‘What is the business driver that’s driving the adoption, the use, or the implementation of this technology.’”

Challenge
JNR Networks were moving to managed services and needed a tool to efficiently and effectively delivery automation scripts and services.

Solution
JNR Networks implemented ConnectWise Automate to its fullest potential to deliver an increase in proactive support and remediation.

Results
With ConnectWise, JNR Networks has been able to auto-remediate nearly 95% of tickets, grow its workforce, and manage more endpoints with less.

“The scripting payload is something ConnectWise Automate has, and there’s such a depth to what it can do that I’ve not found another remote monitoring and management (RMM) product out there that even comes close.”

The Early Stages of IT Automation

James started as a one-man operation, providing break/fix IT services to businesses around the area before moving to managed services nearly twenty years ago, as he says, “Before it was a term before it was anything.” When he started offering managed services, James would go on site and deliver scripts he had written to automate some of his services.

Having used a number of other remote monitoring and management (RMM) tools, like N-Able, Kaseya, and PacketTrap, to varying degrees, James knew it was time to look for a new solution. The more scripts James had ready to deliver, the need for a tool that could run them efficiently and effectively was paramount. “I had my own scripts, so I just needed a toolset that would deliver the payload of those scripts, and ConnectWise Automate was a great tool to do that,” James explains.

Getting the Most Out of ConnectWise Automate

Since 2007, James and the JNR Networks’ team have been digging deep into the capabilities of ConnectWise Automate. In the beginning, James saw an almost immediate ROI on his investment. “Within the first month or two, I saw an ROI,” James says, “and then I would say, just as a one-person shop, I would say for every hour I put in, within the first six months, I’d see five to ten hours back in ROI.” With the hours of work increasing, the benefits began to grow exponentially.

As the company began to grow—both in the number of employees and number of clients—the automation began to kick into high gear. This is most evident in the number of auto-remediated tickets. James estimates JNR Networks handles a couple thousand tickets per month. Of those tickets, 95% of them are taken care of proactively with scripts and automation. This takes a huge burden off of the technicians and allows them to focus more on customer service delivery.

“What ConnectWise Automate really allows us to do is it allows us to start to deliver the payload of standardized processes at a level of frequency and efficiency that we just couldn’t do manually,” James says. The amount of proactive work automation is capable of would not be feasible both economically or technician wise, and this has allowed JNR Networks to grow to the company it is today.

To solve for this, James made the move to ConnectWise Manage. Even as a one-man operation, James saw the incredible potential the solution had to make managing his business easier. Many smaller MSPs lose a lot of revenue from technicians not tracking time properly. Add on financing, billing, and the service desk, and disorder can rise very quickly. James saw this as an opportunity to put the proper processes in place early. Today, JNR Networks has truly adopted the ‘If it’s not in ConnectWise, it didn’t happen’ philosophy of tracking every interaction in ConnectWise Manage.

What does James say to smaller MSPs who don’t think they are big enough for ConnectWise? “Don’t wait. Do it now. Invest in it, and you will see a direct, immediate monetary return on it.”

Since implementing ConnectWise solutions, JNR Networks has grown to nine employees, with seven of them being full-time technicians, and are now managing close to 1400 endpoints. The ability to do this much with a low headcount is directly tied to the scripting delivery and automation capabilities of ConnectWise Automate and operational efficiency of ConnectWise Manage.

Get to Know the ConnectWise Solutions

We truly are devoted to our partner’s ultimate success. What could we do for you?