Are You Wearing Pants Under Your Desk? 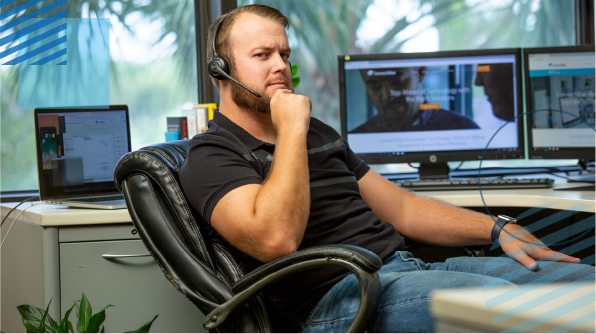 When offering a managed service to clients, managing servers and endpoints—and managing them well—is important. That pretty much goes without saying.

Devices, like desktops and phones, are the most visible and tangible part of the network to your clients. They’re the parts clients interact with all the time. So, when there are problems with endpoints, they get noticed and complained about immediately.

Endpoints are also the target of many network attacks. Phishing, ransomware, and malware count on the vulnerability (and often gullibility) of end users to make an entrance and infiltrate deeper into the network.

So yes, endpoints need attention. To help with that work, there are a lot of great tools for managing servers and endpoints. But what’s typically missing from the network management picture is infrastructure.

Right now, despite it being 2016, and despite the wealth of tools for managing endpoints, most technology solution providers (TSPs) have a limited ability to see or manage network infrastructure like routers, switches, and firewalls.

Are you wearing pants under your desk?

The client expects you’re actively managing it. After all, they pay you every month to take care of “everything”. 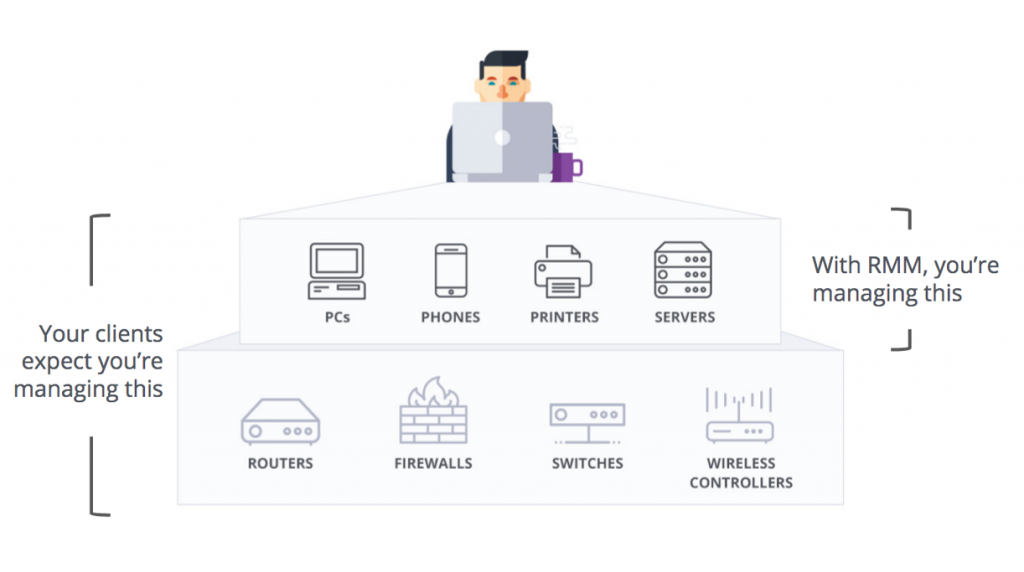 This mismatch puts you at risk. We call it not wearing pants under your desk.

On the surface, everything looks great. “Oh yes, Mr. Client, everything’s under control.” But down below, you’re exposed and vulnerable. You know it—but the client doesn’t. And you’re just hoping it doesn’t hurt too much when you get bitten by infrastructure failure.

But it could hurt big time. Just how much? Oh say, $1 million in lost production time. That’s what almost happened to a manufacturing client of California-based TSP, ITque.

An unexpected routing change crashed the client’s network at 2 a.m. on a Saturday, right at the peak of weekend production time. Within 10 minutes, with an infrastructure tool, ITque was able to identify the problem as a routing change, see what the configuration used to be, and revert it to bring the network up.

ITque was wearing pants. But if they hadn’t been able to see and control the infrastructure, they figure they would have been working for at least 48 hours trying to troubleshoot and fix the issue. And the client would have lost $25,000 an hour in profit while the network was down.

By averting a costly disaster, ITque helped build trust with the client and deepen the relationship. They came out looking like the heroes! And all this was made possible with a good infrastructure tool.

Fixing an infrastructure issue using the CLI and manually configuring SNMP monitoring takes time you don’t have when a crisis strikes. Not to mention how much it costs you in labor.

TSP Randy Latimer says he worried about his exposure to infrastructure risk. “What ended up happening is we put a lot more manpower into that risk. We spent more time with bodies.”

His techs were manually completing tasks, like pinging infrastructure devices to see if they were up or down, and backing up network device configurations. These strategies didn’t mitigate the risk completely because a crash could still take days to figure out, but it was something. Trouble was, the work was so resource-intensive it wasn’t profitable—until he added an infrastructure tool that automated much of the work.

“Now we can truly say we’re managing the network. It’s a lot easier and it’s actually profitable for us,” says Latimer.

Want to learn more about what network infrastructure RMM could do for your business? Contact your Account Manager for more information.