Pulling back the curtain on M&A: Understanding the process of buying and selling MSPs 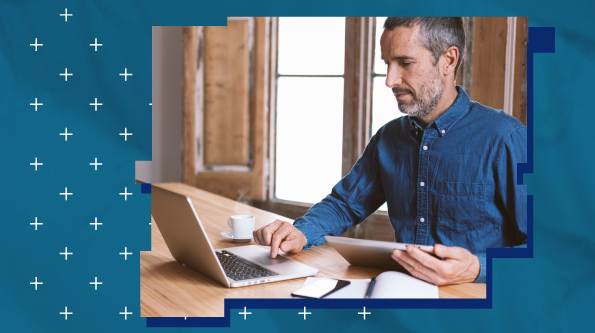 Prepare to sell your company

Learn more about the process of buying and selling MSPs

When it comes to mergers and acquisitions (M&A) of managed service providers (MSPs), there is so much mystery surrounding the deal: valuation methodologies, deal structures and what is required from a buyer and seller. The truth is, there should be little mystery. Once you understand how MSP M&A works and what is involved in the deal process, you will be in a better position to decide if, when, and how to buy or sell.

First, let’s look at the state of the IT solution provider (TSP). While the last couple of “COVID years” were difficult for all TSPs, they rose to the challenge and successfully enabled their clients to work from home and increased security, while navigating the same challenges in their own businesses. Even with everything TSPs had to deal with—including supply chain issues—2021 was a great year of profitability growth. Revenue grew 8.8% from 2020 while adjusted EBITDA grew 13.5%.

This is good news for M&A transactions. When the world went into pandemic lockdowns in March 2020 due to COVID-19, the M&A market cooled down rapidly in Q2 and Q3. But by Q4 2020, it started heating back up again, and by 2021 it was red hot. The multiples in 2021, along with the number of deals that same year, were both at all-time highs. And all indications are pointing at it continuing to be red hot in 2022. If there's a recession coming, there's certainly no indication of it yet in MSP M&A.

Valuations are a mix of art and science

So, let’s take a step back and look at valuations. Valuations are as much of an art as they are science. Typically, the valuation starts with (and for some buyers, ends with) the combination of EBITDA (earnings before interest, taxes, depreciation, and amortization) and the EBITDA multiple. As a result, this part of the valuation is the “mostly” science portion. The multiple is ultimately highly qualitative but uses benchmark averages as a starting point.

However, the “art” portion comes in next because every deal has a number of subjective aspects. Buyers and sellers need to come to agreement on what multiple to use and what multiples of revenue can be taken into account. Furthermore, no two MSPs are exactly the same so other variables might affect valuations too. These can include deal structure, leadership talent, vertical focus, customer concentration, contracts, and so much more.

At Service Leadership, we are very passionate about coaching to best-in-class, which is the top quartile of financial performance. Top quartile performers will obtain higher multiples on a larger amount of EBITDA, all else being equal.

Even if you aren't profitable or are minimally profitable, your business will have a value to the right buyer—but expect your valuation to be a significantly discounted one. So, the bottom line is you want to be profitable. Profitability drives you to a higher multiple and it's a higher multiple on a much larger amount in profit. In other words, it is doubly beneficial.

From a professional investor or private equity (PE) standpoint, they still have cash to spend, for now. However, PE tends to follow venture capital and public markets, which have dropped significantly in the last few months. Why is that? Interest rates have risen and the era of “cheap debt” is over, at least for now.  As such, professional investors will be less able to spend because the cost of spending is higher. Thus, they won't be able to pay as much as it's going to cost them more to borrow.

Conversely, while the interest rate effect is real, there are more and more PE money continuing to come into the marketplace. One reason is that MSPs are known to be a relatively recession resistant business model. So, if we are heading into a recession, there are a lot of PE firms believing MSPs are a still a good business model to bet on.  Ultimately, will this outweigh the increase in interest rates and continue to fuel the PE infusion into MSP M&A? Time will tell.

Synergies are critical to valuations in an M&A deal

An important driver of value in an M&A deal is achieving synergies. Synergy is the concept that two companies, when combined, are worth more together than they are when valued separately. Understanding these synergies is important for both the buyer and seller. Synergies are often found through elimination of costs from overlapping roles, systems, offices, and so on. They are also found through new sales and marketing capabilities, brand identification, and more.

From a seller standpoint, you should not expect the buyer to pay you through a higher multiple for the synergies realized as part of the deal, because the buyer is relying on these synergies to help financially justify the deal. Remember, the buyer is the one taking a risk in buying your company. And it is not only a risk financially, but anytime buyers do an acquisition of an MSP, it's tremendously disruptive, not only to the MSP being acquired, but to the acquiring MSP. Combining the two businesses through integration requires management and employee focus for several months and they will be distracted while they're doing the integration. And this distraction will impact the organization and potentially, its customers. So, in exchange, there will need to be synergies realized for the buyer to justify it.

A good way to test your synergy theories, and in the process vet out a number of culture and business operations factors, is to conduct a “whiteboard day” between the buying and selling CEOs. The goal of this day-long session is to identify and test the possible synergies, and the buyer’s and seller’s styles of conducting business before a Letter of Intent (LOI) is offered. Just make sure to have both parties sign a non-disclosure agreement (NDA) in advance.

Deal structures are about balancing risk and reward. Typically, the seller prefers all cash on closing, while the buyer wants as much of the payout as possible to be based on future performance. Both positions are reasonable as both parties are trying to minimize risk. However, both will affect valuations, sometimes dramatically.

More upfront (risk-free) money for the seller now means a lower total value as the buyer takes on more of the risk. On the flipside, tying payment to the attainment of ambitious targets shifts more risk to the seller. In order for a deal to happen, both parties will have to meet somewhere in the middle.

When looking at an M&A deal, there are multiple components to consider:

Let’s look at a few of these in more detail.

Closing consideration is the money you're getting at the point of closing… so essentially, money in your hands.

Contingent/non-contingent deferred consideration is when a percentage of the price will be held back at closing and will instead be paid later.

Contingent deferred means you'll get the payment depending on something. For example, 10% of the deal requires revenue to not dip below 5% of what it was in the last 12 months prior to closing. If it stays above that, the 10% will be paid to the seller, and if it drops below the 5% threshold, no payment is due to the seller.

If it’s non-contingent, you're going to get it, you just need to have the right assurances in place, such as holding the money in an escrow account.

Another type of a non-contingent deferred deal is when the seller finances part of the deal. The appeal for the buyer is that even though there's a promissory note in place, and the money is guaranteed (and potentially sitting in escrow), it's still a nice thing to know that the seller has a continued interest in the success of the business.

When exploring an M&A deal, there is much to consider from a buyer and seller standpoint. Understanding valuation, the deal components and what all is involved in an M&A transaction can help you make better decisions no matter which side you are on.

To learn more about this process, watch the webinar I co-presented with Nicholas Ashford, Partner at Fordhouse, which goes into more detail.