The ConnectWise family: Giving back in 2017 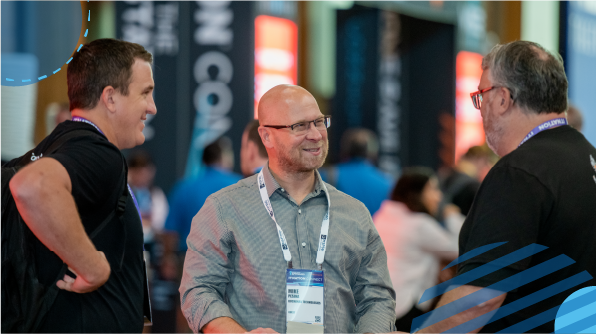 As we close out another great year and begin 2018, let’s reminisce on all the extraordinary efforts made by the entire ConnectWise team over the past year — and raise a toast to those who did not hold back on giving back.

Overall, more than 850 ConnectWise colleagues from three different states logged more than 600 volunteer hours throughout the year. Their efforts helped raise tens of thousands of dollars in donations and goods — marking a record year for ConnectWise!

“One of our guiding principles at ConnectWise is that we have a responsibility to give back to the communities in which we live and work,” said Arnie Bellini, founder of ConnectWise. “I’m incredibly proud and overwhelmed by how generous my colleagues at ConnectWise have been this last year with both their time and their wallets.”

We are proud of all our philanthropic efforts and would like to highlight some of the ways our employees gave back:

Spreading cheer was not at a minimum amongst ConnectWise colleagues this year. Let’s just say their merriment really shined through. Together they sponsored 130 children during the holiday season as part of Success 4 Kids and Families, who offer social services for kids and families in need in the Tampa Bay community. ConnectWise has been partnering with them for over 10 years.

“Our clients are overwhelmed with the generosity of the gifts and meals they receive during this most difficult time of the year,” said Melissa Vidal from Success 4 Kids and Families. “Thank you to all the staff for your continued support. Know that you made a difference in the lives of so many children and families.”

The giving didn’t stop there. Their efforts also included donating boxes of toys to the Marine Toys for Tots Program as well as contributing funds to help feed 52 families. In a past life, we’re convinced some of our team members were elves.

For the third year in a row, the team also worked to donate fully-decorated Christmas trees to Metropolitan Ministries for families in need. From Harry Potter, to The Grinch, to Dr. Suess – the themed Christmas trees were sure to bring holiday joy into the houses of each family.

“This is one of the coolest ways to participate in a charity drive,” said Dan Cucchi, Manager of Account Management. “We have created some unique and beautiful Christmas trees over the years, and it is so rewarding to know that it will be used to help bring a bit of holiday joy to someone else!”

A helping hand for Hurricane Harvey

In response to the devastation experienced by many ConnectWise partners and their families who live and work in Houston and surrounding areas, team members got right to work on the Hurricane Harvey Relief Fund.

In total, $61,562 was donated to the fund, with more than 60 percent coming from individual ConnectWise employees. After ConnectWise matched all donations, almost $185,000 was distributed to help more than a dozen businesses rebuild after the storm and to assist their employees who had experienced catastrophic personal losses.

CEO Arnie Bellini said that the decision to launch a hurricane relief fund was a “no brainer” because ConnectWise has always considered its partners as much more than simply customers.

“Most of the technology service providers with whom we work are small-to-medium businesses, and a disaster such as Hurricane Harvey has the potential to destroy their businesses and put the livelihood of their employees at risk,” Bellini said. “When we found that some of our partners’ offices, their homes and their employees’ homes were under water, we didn’t think twice about what had to be done. In times of crisis, family helps family.”

ConnectWise didn’t stop there. Thanks to different teams throughout the company, more than 6,000 school supplies were donated to local schools and students.

The company is also a sponsor of the Teen Business Challenge, an annual competition organized by Computer Mentors. Computer Mentors is a Tampa organization that works to bridge the technology divide for economically disadvantaged populations, and set up children and youth for educational and employment success.

“The level of individual giving here at ConnectWise is heartwarming,” said Ptak. “I’ve never worked with a team who is so eager to give their time and so quick to share their financial resources with those in need.”

This year ConnectWise partnered with Hands On Orlando and Primrose Community Center as well to sponsor a computer lab and maintenance projects.

Hats off to you!

Some big thanks are in order for all ConnectWise colleagues working in the Tampa, Raleigh, and Seattle offices who worked so hard to make a difference in their communities. We can only assume that 2018 will prove to be an even bigger year for giving back!

Many of the company’s philanthropic initiatives are handled by the private ConnectWise Foundation and focus on four primary areas: technology, education, youth, and STEM mentoring.