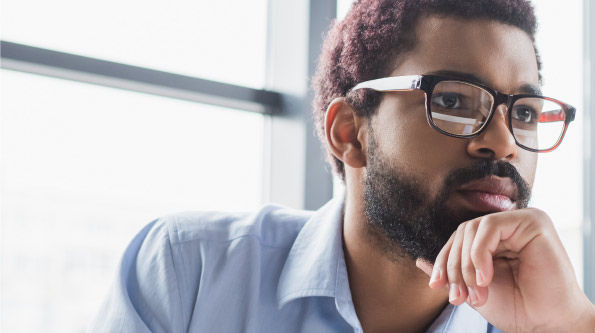 How did a security researcher infiltrate Facebook’s internal network?

Through the MDM server.

What’s that? An MDM server, or Mobile Device Management server, is used to manage employee mobile devices, install apps, certificates, modify settings, and wipe phones from a central location. MDM servers require employee phones to be able to reach the server for updates, meaning they risk being exposed over the internet.

In a time when more employees are working from home, organizations are looking for remote management products. An MDM’s ability to push code onto corporate devices makes them an excellent target for allowing threat actors to gain a foothold.

On April 3, 2020, Cheng-Da Tsai, also as known as Orange Tsai, the principal security researcher of DEVCORE and member of the CHROOT security group from Taiwan, reported three severe vulnerabilities in MobileIron’s MDM. MobileIron released product updates and disclosed the vulnerabilities publicly on June 15.

Here is a video demo. Wait until the end to see the non-interactive shell demonstrated.

The National Security Agency disclosed that MobileIron CVE-2020-15505 was one of the top 25 vulnerabilities exploited by Chinese state-sponsored hackers since the vulnerability was disclosed.

Facebook is lucky that Tsai got to them first.

As defenders, we should have an impact analysis for different assets we manage. Your MDM is a critical asset. It should be a high priority for your patch management team. You should also monitor the logs and network-related traffic for threats. Hook up your MDM to your SIEM and monitor it with an IDS to detect threats.

In Perch’s 2020 Threat Report, we warned about attackers using software vulnerabilities in remote management servers to deploy ransomware. Attacking the MDM fits perfectly into this vector.

Based on the vulnerability description from MobileIron, we don’t have much to go on:

This leaves a blue teamer with lots of questions about how to detect both exploit attempts and successful exploitation.

After the bug bounty write-up, we got a few more details. The vulnerability exists in a Tomcat Web Service that deserializes user input with Hessian format. The endpoint is located on both:

A way to bypass the controls and access the vulnerable endpoint is required. So how are they blocking it, and how can we get around?

To block access to the Tomcat server, MobileIron relied on Apache rewrite rules:

Tsai has previously published research on breaking parser logic in 2015 and at Black Hat USA 2018. This technique leverages inconsistencies between Apache and Tomcat to bypass the ACL control and access the vulnerable service. A POST HTTP request to a URL, like below, could be used to bypass controls:

After Tsai’s bug bounty write-up, red team security researchers used the new details to create proof-of-concept (PoC) exploits for CVE-2020-15505. The proof of concept was first published on 9/13 with a final commit on 9/21.

Tsai’s write-up and the PoCs also allowed the blue team to write threat detection signatures and uncover the secrets that only attackers knew, balancing the field.

Perch’s first sighting of recon and exploitation for CVE-2020-15505 occurred on Sep 24, 2020, just 3 days after the final PoC commits were added to GitHub. Perch has evidence that multiple threat actors are exploiting these bugs to take over critical assets and infiltrate internal networks.

The first round of attacks was launched from an Azure instance and used the Nuclei scanning tool to recon possible victims.

Perch automates the deployment of Indicators of Compromise from free and paid threat intelligence providers on behalf of licensed customers. On October 12, Emerging Threats added a signature to detect exploit attempts against this vulnerability. If you’re running your own IDS, look at adding this signature:

This signature is really focused on detecting the Apache RuleRewrite bypass and not the actual exploit of the attack. But, as noted, it’s unlikely that companies are leaving the management interface exposed. So, this rule is not covering attempts against directly exposed management interfaces.

MobileIron estimates its clients at 20,000. However, based on internet scans reviewed by Perch, only 5,000 patched and unpatched MobileIron servers were found, with more than 60 percent of them being patched.

If you’re using an MDM, make sure it’s current on patches. What are you doing to monitor your MDM? Contact Perch today for help in monitoring your MDM.