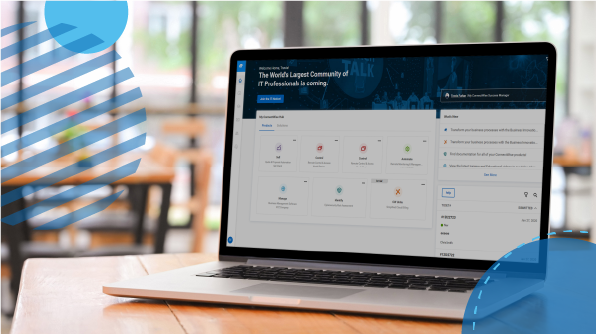 At ConnectWise, we believe in honest and fair competition AND an open ecosystem of choices. So you can imagine our disappointment when we began seeing and hearing inaccurate and false statements about ConnectWise and our platform that have been shared with many of our partners as well as the media over the last few weeks. Welcome to the world of fake news!

I’d like to set the record straight by providing you the facts, transparency, and our passion.

ConnectWise is dedicated to choices and an Open Ecosystem for our Partners.

ConnectWise has choice and an open ecosystem as a core value. That gives our partners lots of options so that they can mix and match solutions that best work for their unique business needs. Today we have 165+ solutions integrating to the ConnectWise Platform, and that number is growing quickly.  We are proud to say that our platform offers the most choices in the industry.  We welcome, and will assist, anyone and everyone to connect to ConnectWise.  Come on Kaseya, join in!  Anyone can email our platform team at: Platform@ConnectWise.com to get the conversation going.

Kaseya claims ConnectWise is closing it’s integration with their platform.

Kaseya’s CEO claims ConnectWise is discouraging integrations between vendors and is not planning to update its integration with Kaseya VSA.

This is not true.

ConnectWise has created, maintained, and tested our integration to Kaseya VSA for 12 years. We will continue to do so, but have encouraged Kaseya to take over that integration. They have refused to make that choice. Kaseya has also shut off our test/integration copy of Kaseya since January 13th, 2017. We have been requesting it to be reinstated. Kaseya has not reopened it to us. Therefore, we cannot certify the latest version of Kaseya VSA v9.4. We are ready to certify Kaseya VSA v9.4 when/if Kaseya reopens to ConnectWise. Please encourage them to do so.

We should all do what is best for our joint customers. We should all support an open ecosystem full of choices. ConnectWise is dedicated to this. We are asking Kaseya to follow the footsteps of every major RMM solution by integrating to ConnectWise Manage with our newer REST APIs. We have invested heavily in this API platform to make it even easier for anyone to connect to ConnectWise. Great integrations have been created and ConnectWise Certified by every major RMM including AVG, Continuum, SolarWinds MSP, and Ninja RMM. Kaseya has refused to follow the lead of every one of their competitors.

Kaseya has been voicemail blasting many ConnectWise partners with totally false information.

"Hi this is [sales rep] from Kaseya. Hey we've recently had an influx of customers from LabTech because they're looking at alternatives since ConnectWise announced closing the platform. Those folks seem to be worried about potential price increases that are forthcoming. So, the good news... I have a special promotion in place that could make right now the time to investigate alternatives. If you're interested in hearing more please call me back, [sales rep] from Kaseya."

Listen to the voicemail for yourself HERE IS THE PROOF >>

These claims cannot be further from the truth!

At next month’s Automation Nation conference we will be announcing new platform innovations and showcasing our amazing plans for ConnectWise Automate’s cool new capabilities.

So what are we doing about Kaseya’s fake news campaign?

We are taking the high road. On April 11th, ConnectWise issued a request to Kaseya’s General Counsel to cease and desist their spread of false and defamatory information targeting ConnectWise partners. That didn’t work.