Steps to doing an M&A Deal: A tour of the basics 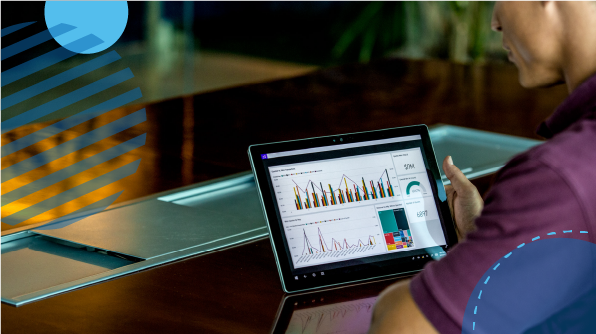 Don’t miss Paul Dippell and other IT experts speak at IT Nation!
Reserve your spot >>

As with most higher order things in life, executing on a merger and acquisition (M&A) deal safely is both art and science. We’ll do our best here to show you the basics of both the “buy-side” (buying a company) and the “sell-side” (selling your company) of an M&A deal.

Interestingly, both buy-side and sell-side projects have the same basic steps:

The first step to a successful M&A is to define the strategic and financial outcomes you are seeking after completing the deal. Know your BATNA, or your “best alternative to no deal”. That is, define how unsatisfying the deal would have to be to cause you to say, “I’ll probably have a better outcome if I don’t go through with it.”

Then, define your ideal target and extent to which you would bend those parameters to make a deal.

Lastly, define your ideal valuation (amount to be paid), deal structure (forms and conditions of payment), and the extent to which you would bend those parameters as well to make a deal.

If you’re a buyer, secure your funding sources.

First, build your two-page, anonymous “teaser” followed by an in-depth (not anonymous) Confidential Information Memorandum (CIM) describing the opportunity in detail. Remember, the final transaction agreement will likely contain a section called Representations and Warranties in which you commit that you have accurately portrayed the facts of the business.

Then, build your list of suspects and market your opportunity. Whether you’re a buyer or a seller, it’s the same as driving any other funnel: emails, calls, follow-up calls, qualifying, NDAs, more discussions, deeper qualifying, etc. As the saying goes, you will kiss many frogs before you find your prince. Track and manage it like any other sales funnel.

“Qualified” means the other party substantially met the parameters you set in place during the strategy and outcomes step, and that they are willing to execute a deal in the timeframe you desire. It also means you have established these items with the shareholders, that is, the people who will make the final decision. If you’re a seller, “qualified” also means you’re confident the buyer has the funds to complete the deal. Both parties should fully qualify each other before moving to the next step.

The first step to making a deal, after qualifying each other, is to craft, negotiate, and sign an LOI. BE CAREFUL: In some jurisdictions, LOIs are not binding, while in others they are. Use an attorney experienced in small, private company M&As to write or review your LOI. The LOI is typically a short document that defines the business terms of the deal and excludes, for purpose of clarity and saving time, all the legalese that appear in the final purchase agreement. The LOI includes:

The buyer crafts the LOI and presents it to the seller. The two negotiate until either an agreement is reached, or one or both parties walk away; each to resume their search process again. If the LOI is signed, then due diligence begins.

The buyer will typically have a list of due diligence items they wish to see. Prudent sellers will have proactively assembled a set of typical due diligence response documents, so that they can respond quickly, but more importantly so that they can respond without distracting themselves from the day-to-day management of their company. It is critical that the buyer, but especially the seller, does not get so involved in the M&A deal that they neglect the daily management of their company.

If due diligence proceeds successfully, then several things start to happen–one being a contract negotiation. These typically occur 3 to 6 weeks before the scheduled closing date. The two parties agree to bringing in lawyers to create the transaction agreement. This creates a series of negotiating points that the two parties either come to agreement on, or the deal dies.

The buyer may wish, based on what they have learned in the due diligence stage, to re-negotiate the terms of the deal. The seller may or may not choose to agree to this. Assuming contract negotiation is going successfully, the buyer will probably want to conclude due diligence with interviewing key employees and possibly key customers. Not all buyers want to do these things, but many do. At this point, of course, the cat is out of the bag, so the seller must be very sure they are going to go through with the deal.

Assuming all of this is going successfully, the Human Resources and Finance teams on both sides will start working to ensure a smooth transition of benefits and payroll. These are the preliminary steps of the “integration project”. Bear in mind, all of these things are happening even though neither side has signed the deal yet, and it could still fall through.

You’ve made it to the final step–the closing. On the scheduled date (usually a Friday or Monday just before the end of a fiscal period, often quarter end, or year-end) each party appears at their respective attorneys’ office and signs the agreement. It is now binding and complete. The buyer will wire transfer any cash to the seller at that moment. Other forms of currency, if any (such as stock in the buyer’s company), are also transferred and integration goes into high gear.

It is worth noting that about 10% of the time on the day of closing, the seller fails to execute the agreement. This is a well-known phenomenon among M&A advisers and experienced buyers. For example, six months earlier, or even the week before closing, the seller’s shareholders felt confident they wanted to execute. However, in some cases the seller’s remorse can take over. Among the 10% of deals affected, probably half will still close a week or so later, and usually under the same terms.

It is critical to understand that in any given course of events during the buying or selling of a business, you can only make the decision to move to the next step. Properly done, you will never know in advance if the deal will move beyond that step.

We’ve just covered the basic steps of an M&A deal. Your expertise–the art and science of M&A–will assist in successfully executing a win/win transaction for both parties. All in all, smart buyers prefer educated sellers, and vice versa.