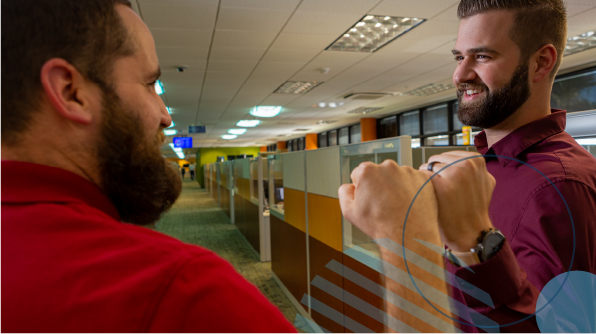 Founded in 1999, Certified CIO has been helping customers keep their IT infrastructures secure using the latest industry tools, top-notch service, and unmatched delivery standards. For CEO Steve Plumlee, switching to ConnectWise Automate® was an easy decision. When he arrived on the scene, the company used N-able™ as its solutions provider, and while the UK-based company was very flexible, at the end of the day it wasn’t ticking the right boxes for the team. Thanks to some friends and local MSPs, Steve was introduced to ConnectWise in 2004, and the rest is history.

Working together in harmony

“For us, the Aha! moment came the first time we integrated ConnectWise, even in the early days, into N-able,” says Steve. It wasn’t long before Certified CIO realized the benefits of ConnectWise Manage and ConnectWise Automate. Immediately after implementation, time was being captured more efficiently, which meant the small team could now effectively utilize their time across 60 clients.

Taking every day, manual tasks and transforming them in to routine automated functions is what makes ConnectWise Automate so essential for businesses like Certified CIO. “In the old days, every month we would do an onsite check for clients and make sure that backups, antivirus, disk scans, defrags, and all those mundane things were being taken care of,” Steve says. Those tasks took precious time, and sometimes technicians were overlooking them all together. With ConnectWise Automate in place, everything is taken care of without a second thought.

Right off the bat, Steve and his team were impressed by vast improvements in how ConnectWise handled scripting. Their previous solution limited their scope and made it difficult to do what they really wanted with it. “With ConnectWise Automate, we’re able to use VB, PowerShell, or built-in scripting through agents,” says Steve. “There were a bunch of options for that.” Additionally, Certified CIO found that the patching was significantly better than what they had with N-able.

“So what aren’t we automating now?” asks Steve. “That’s the real question. We‘ve taken anything that was a routine task and automated it.” Keen on avoiding the mundane, Steve and his team turned their attention to what new things could be automated to better save time and money. “Having automation in place means we’re able to increase our profit margins pretty significantly.”