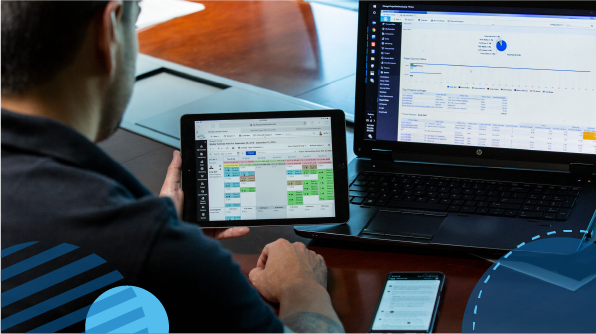 The phantom menace of ongoing threats in our technology environment is making it harder and harder to keep data secure. Is it the Empire? No, but we’ve armed the Resistance anyway.

How? Two powerful solutions have joined forces to offer you a revolutionary, layered approach to protecting you and your clients. At IT Nation Europe in London this April, Bitdefender announced the integration of its Cloud Security for MSPs Security Suite with ConnectWise Automate®. Bitdefender Cloud Security already integrates seamlessly with ConnectWise Manage® for ticketing and billing, and this new integration will simplify the job of service technicians even more.

These two systems work together to allow for the synchronization of Bitdefender GravityZone companies and ConnectWise Automate clients and locations. When agents are installed through ConnectWise Automate, they’ll have the proper policy applied to the Bitdefender agent. Through the integration, they’re also able to customize deployment packages. Each client can have specific modules enabled to protect their environment with options to automatically deploy agents, reducing technician workload. It’s a win-win!

Jose Lopez, VP of the Service Provider and Technology Licensing business unit stated, “This new integration with ConnectWise Automate is a significant step in bringing the two products together. This is only version one of the integration and further enhancements are on the drawing board. ConnectWise is a strategic partner for Bitdefender and providing the highest quality security suite for ConnectWise’s technology teams is a top focus for our organization.”

In March of 2018, Bitdefender won Product of the Year from the independent testing organization AV-Test.org—taking top honors for both protection and performance. Bitdefender’s advanced machine learning has been honed over ten years and includes nine specialized machine learning patents. This, combined with an unprecedented user base of over 500 million endpoints connected to the world’s largest security cloud, provides a layered Next-Gen approach that continually keeps Bitdefender ranked number one against cyberthreats, including zero-day attacks..

Travis Vigneau, Director of WW Vendor Sales and Alliances for ConnectWise said, “We strive to connect our partners with innovative security solutions that increase their productivity, efficiency, and profitability. Bitdefender’s award-winning antimalware and cloud security for businesses enables technology teams to offer their customers comprehensive protection against major security threats.”