How ConnectWise has helped Heartland Business Systems improve their workflows 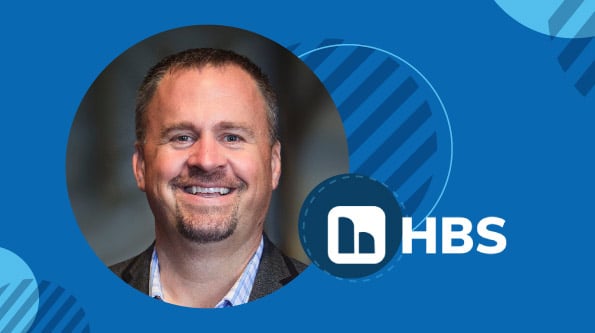 See how ConnectWise partners have grown their businesses with the support of our products.

With 10 offices throughout Wisconsin, Illinois, Minnesota, Iowa, and Nebraska, HBS brings in about $180 million in revenue annually and employs about 600 IT professionals.

With such a large infrastructure and many endpoints to manage, Jason and HBS rely on tools that will help them run a seamless business. We spoke with Jason to learn how ConnectWise plays a part in their successful business operations.

How Heartland Business Systems got its start

HBS was founded in the early ‘90s, primarily focused on developing software for the labeling industry. From there, it grew into an IT services shop. HBS truly grew in the VAR space, but has added more managed services offerings to their portfolio over the last 5 years.

Jason himself has been in the IT industry for 25 years, with roles in sales and operations at both the manufacturer and the MSP/VAR level.

As the company evolved, so too did their technology needs.

“We came to a point where we realized that we need to consolidate our tools and create a better workflow from quote to cash,” says Jason. “ConnectWise checked off most of the boxes we needed to make that transition as easy as possible.”

In reality, HBS has been a ConnectWise partner since the early 2000s. Since then, some HBS employers have gone back and forth on the tools they’ve used, but the majority of the company has been using ConnectWise products consistently for the past 5 years.

As Jason previously mentioned, ConnectWise has helped HBS streamline their workflows in a seamless way.

“I’ve been heavily involved in developing much of the customization we have within our product set,” says Jason. “And that’s a reason we stay with ConnectWise now. Because our overall business workflow is very custom-tuned to the product.”

In addition to using ConnectWise Sell, Manage, Automate, Control, and Ignite, Jason and team have brought in Microsoft Power BI for reporting.

“Using ConnectWise products has transformed our business,” says Jason. “We’ve greatly improved workflows and close our monthly books probably a week or two sooner. And we have much better visibility now that we’ve integrated reporting into ConnectWise. Our sales and financial reports were typically 30 days post-close, and now we have that data in real time.”

Jason has found that engaging with the IT Nation community reinforces the success HBS has found with ConnectWise products. Jason himself regularly attends User Group meetings and typically attends the IT Nation annual events as well.

“The value the IT Nation brings to our business is that it helps us understand the complexities of the ConnectWise products and how to use them better,” says Jason. “I love how open people are to sharing their ideas and the best practices that have worked for them.”

Additionally, through the IT Nation, HBS has been able to bring complimentary products into their technology stack that has helped them improve their business.