Cyberthreat trends to watch for in 2017 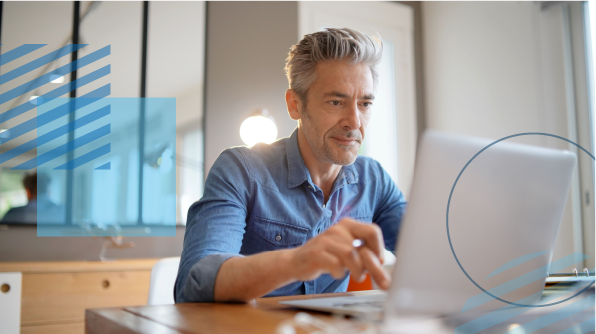 Faced with the volume and rapid evolution of cyber threats these days, technology solution providers (TSPs) may find offering cybersecurity to be a daunting task. But with the right knowledge to inform your security decisions, and the right solutions and mitigation strategies in place, organizations like yours can keep customers ahead of the rushing malware tide.

The Webroot team recently released the latest edition of their annual Threat Report, which gives crucial insight into the latest threat developments based on trends observed over the last year, the challenges they bring, and how to defeat them. Let’s review 2016’s Threat Report highlights.

In the last few years, the biggest trend in malware and potentially unwanted applications (PUAs) observed by Webroot has been polymorphic executables. Polymorphic spyware, adware, and other attacks are generated by attackers so that each instance is unique in an effort to defeat traditional defense strategies.

During 2016, approximately 94% of the malware and PUA executables observed by Webroot were only seen once, demonstrating how prevalent polymorphism is. Oddly enough, however, the percentage of malicious executables related to malware and PUAs has dropped significantly over the past 3 years, a 23% and 81% decline, respectively.

While this decline in the volume of new malware encountered by Webroot customers is a decidedly positive trend, TSPs and their customers should continue to treat malware as a major threat. Approximately one in every 40 new executable file instances observed in 2016 was malware. These types of files are customized and often designed to target individuals, and cannot be stopped by traditional antimalware technologies.

You’ve probably heard about at least one of the numerous ransomware attacks that have crippled hospitals and other institutions. According to the FBI, cybercriminals were expected to collect over $1 billion in ransoms during 2016.[1] It’s quite likely that actual losses suffered were even higher, given the disruption of productivity and business continuity, as well as a general reluctance to report successful ransomware attacks.

In 2017, Webroot anticipates that ransomware will become an even larger problem. According to the Webroot Threat Research team, the following are 3 ransomware trends to be aware of:

Locky, the most successful ransomware of 2016

In its first week in February 2016, Locky infected over 400,000 victims, and has been estimated to have earned over $1 million a day since then.[2] Throughout 2016, Locky evolved not only to use a wide variety delivery methods, but also to camouflage itself to avoid detection and to make analysis more difficult for security researchers. Locky shows no signs of slowing down, and is likely to be equally prolific in the coming year.

The second important trend involves the frequent changes in the exploit kits ransomware authors use. As an example, most exploit kit ransomware in the first half of 2016 was distributed using Angler or Neutrino. By early June, Angler-based ransomware had virtually disappeared, as cybercriminals began switching to Neutrino. A few months later, Neutrino also disappeared. Toward the end of 2016, the most commonly used exploit kits were variants of Sundown and RIG, most of which support Locky.

Despite having emerged in 2015, ransomware-as-a-service (RaaS) didn’t find its place in the ransomware world until 2016. RaaS enables cybercriminals with neither the resources nor the know-how to create their own ransomware and easily generate custom attacks. The original authors of the RaaS variant being used gets a cut of any paid ransoms. RaaS functions similarly to legitimate software, with frequent updates and utilities to help distributors get the most out of their service. The availability and ease of RaaS likely means even greater growth in ransomware incidents.

The best defense is knowing your enemy. Download the complete 2017 Webroot Threat Report to get in-depth information on the trends we’ve explored above, as well as other crucial insights into phishing, URL, and mobile threats.

The above information was provided by Webroot.