How Aurora IT increased its revenue threefold with ConnectWise Manage 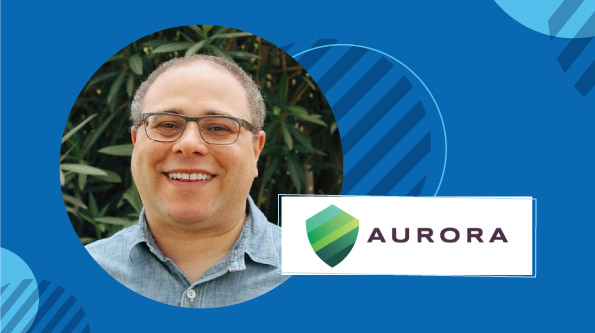 Ron Swain is the Controller of Aurora IT, a full-service, single-source cybersecurity provider based out of Torrance, California. Founded by Philip de Souza, the company has provided small- to medium-sized businesses throughout the U.S. with much-needed cybersecurity solutions since 1990, and has earned recognition for its consistent client growth and commitment to the surrounding community.

With a rapidly growing client base, Aurora IT found itself at a crossroads. Siloed management and a lack of efficient tools made it difficult to stay organized internally, and attempts to implement more structure continuously fell short—until the team discovered ConnectWise.

How Aurora IT got its start

From its network consulting roots, Aurora IT has grown into an industry leader with a wide range of service offerings and a specialty for data security and compliance. The company’s clients range from K-12 educational organizations and state and local governments to businesses within the finance, transportation, healthcare, and real estate verticals. This diverse client base is possible because Aurora IT’s services are designed to be scalable and easily applied to various industries.

Always striving for excellence both as a solutions provider and a community leader, Aurora IT has many moving parts. Its President, de Souza, serves on the board of the Torrance Area Chamber of Commerce, and the company has been awarded the Crystal Apple award for its participation in the Adopt-a-School program in Torrance. Within the wider IT community, Aurora IT hosts events such as webinars and summits to teach people about various tools, security measures, and more. It also has a podcast and a blog, both of which focus on educating others about the importance of cyber protection.

All these efforts are admirable, but they require a good deal of planning and management—and before long, Aurora IT started to struggle to remain organized. To combat this, Swain and the IT team set out to find a means of keeping all the company’s necessary information, resources, and tools in one centralized location.

“We were using a multitude of different tools at the time,” Swain says. “It was hard to maintain tracking of hours, tracking of products, and maintaining a history that was easily accessible and reportable.”

After trying out a few different organizational tools, Swain began to wonder if the team would ever find a solution that worked. It seemed like the level of customization required to make any of the tools work was going to be far more hassle than it was worth.

“There was a lot of pain trying to get that done,” Swain recalls. Then someone recommended ConnectWise.

After looking into ConnectWise, Aurora IT felt a level of confidence that it hadn’t with other providers, and decided to pursue a partnership. Swain and his team quickly realized that ConnectWise Manage® was exactly the solution they’d been searching for.

The software itself allowed them to streamline their operations, creating more structure and allowing for better management across the board. But beyond that, the ConnectWise community proved to be an incredibly valuable asset during the transition to ConnectWise Manage—an asset that Aurora IT still benefits from today. Swain says he chats with other ConnectWise partners on a regular basis so that he can learn from their experiences, gain knowledge of best practices, and use ConnectWise Manage to its full potential.

“The ConnectWise partners are a very friendly bunch and give you information on everything,” Swain says. “That’s something you don’t necessarily get with every tool that you have.”

Since partnering with ConnectWise in 2012, Aurora IT has experienced continuous growth, increasing its revenue threefold. The company currently only uses ConnectWise Manage, but Swain says the team finds comfort in the idea that they have access to more ConnectWise tools, like ConnectWise Identify® and ConnectWise Automate®, that will seamlessly integrate with their existing solution, should they need them.

“Even if we’re not using it, knowing there’s something we can add on that’s not necessarily going to break everything else is a positive,” he explains.

Swain’s advice for other companies searching for a streamlined organizational tool is to do the homework, create a plan, and follow it. Companies will get the most value out of a tool once they fully understand how they’re going to implement it, which is why Aurora IT has had such a positive experience with ConnectWise Manage.

“It’s so integrated into the business that I couldn’t imagine what it would be like without ConnectWise,” Swain says. “Without it, I think we would probably still be puttering around as the small break-fix company that we were before.”

Having access to like-minded peers has prevented Swain from trying to reinvent the wheel. Today, he is an active member in The IT Nation, powered by ConnectWise, and he knows to turn to this community whenever Aurora IT is facing a challenge. After all, chances are, another company in the community has already faced the same challenge—and figured out a way to overcome it.

“There’s always some nugget that I’ve been able to either take back and implement immediately,” Swain says, “or just save in the back of my head for when a situation pops up.”